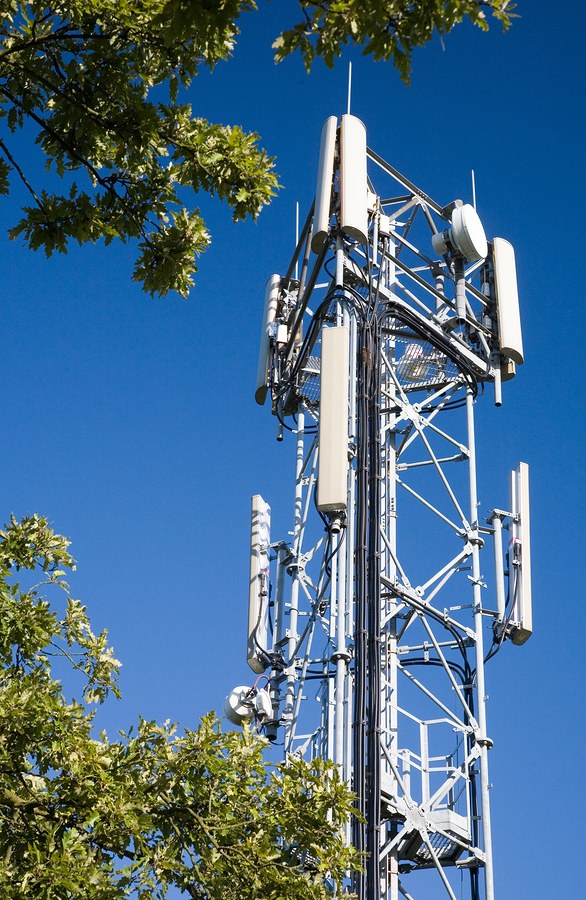 City of Arlington examined whether an administrative agency (in this case the Federal Communications Commission (FCC)) may determine its own statutory authority.  A trade association of wireless providers (CTIA) had petitioned the FCC for an interpretation of provisions of the Telecommunications Act of 1996 (Act).  The Act limits the ability of state and local governments to impede the establishment of cell towers in their communities.  It specifically requires that localities “shall act . . . within a reasonable period of time” on requests to construct or modify cell towers. 47 U.S.C. § 332(c)(7)(B)(ii).

In responding to the CTIA petition, the FCC had issued a Declaratory Ruling which provided time periods in which states and localities must respond to wireless facility siting applications, requiring action within 90 days for collocated facilities and 150 days for all others.

The cities of Arlington and San Antonio, Texas (Cities) challenged the FCC’s authority to issue the time frames. They argued that because Congress had not clearly delegated such authority in the Act, the FCC was overstepping its jurisdictional bounds.

The Fifth Circuit had applied Chevron U.S.A. Inc. v. Natural Resources Defense Council, Inc., 467 U.S. 837 (1984) to assess the FCC’s interpretation of the Act.  Under Chevron, if a court determines that Congressional intent is clear from the wording of a statute, the court’s task is simply to assess whether the agency has complied with that expressed intent.  And where a statute is not clear, Chevron directs that courts should defer to the agency’s interpretation of the law, so long as that construction is permissible-even if the court might have interpreted the statute differently.

What had not yet been settled until City of Arlington was whether Chevron allowed an agency to determine its own jurisdiction under a statute.  The FCC and CTIA argued that Chevron did give the agency such authority.  The Cities urged de novo consideration of the jurisdictional question, saying that Chevron’s scope was more circumscribed.  Circuit courts had split on the issue, prompting the Supreme Court to grant certiorari.

HELD: The Court agreed with the FCC and affirmed the Fifth Circuit decision that the Chevron framework applied and required deference to the agency’s interpretation of the Act, and rejected the argument that “jurisdictional” questions were separate from the generalized Chevron parameters.

DISCUSSION:  Writing for a 6 to 3 majority, Justice Scalia discounted the Cities’ argument that “jurisdictional” issues were a discrete species: “[T]he distinction between ‘jurisdictional’ and ‘nonjurisdictional’ interpretations is a mirage.  No matter how it is framed, the question a court faces when confronted with an agency’s interpretation of a statute it administers is always, simply, whether the agency has stayed within the bounds of its statutory authority.” He provided the example of a hypothetical statute, a “Common Carrier Act,” written in two versions with minor variations in “jurisdictional” wording; the Cities’ approach would lead to the illogical result that an agency had authority to construe the statute in one instance but not in the other.

IMLA had provided a brief as intervenor in support of the Cities’ position, propounding that “jurisdictional issues are the who, what, where and when of regulatory power: which subject matters may an agency regulate and under what conditions.”  Justice Scalia specifically referenced the IMLA brief but disagreed, finding that each of these elements could also arise when an agency’s jurisdiction was clearly established and it was simply considering the application of a statute.  “In sum,” said Scalia “judges should not waste their time in the mental acrobatics needed to decide whether an agency’s interpretation of a statute is “jurisdictional” or “nonjurisdictional.”

The majority’s concern extends beyond the relatively narrow issue at hand.  Justice Scalia posited that if courts must determine, de novo, the question of an agency’s “jurisdiction,” the entire Chevron architecture would be at risk; and the judiciary would be inserting itself into a huge swathe of legislatively-defined and delegated authority.

DISSENT:  Chief Justice Roberts disagreed, joined with justices Kennedy and Alito.  He viewed the majority as undermining a critical function of the judiciary and facilitating a massive land-grab by the executive branch.  “My disagreement with the Court is fundamental.  It is also easily expressed.  A court should not defer to an agency until the court decides, on its own, that the agency is entitled to deference.”  He pointed to a continuing unbridled expansion of administrative power (citing Congress’s launching 50 new agencies in the last 15 years) and the imbalance it posed in our constitutional system, and cited the bedrock principle declared in Marbury v. Madison that “It is emphatically the province and duty of the judicial department to say what the law is.”  Noting that an agency’s interpretative authority derives legitimacy from a delegation of power by the Legislative branch to the Executive, he wrote “Our duty to police the boundary between the Legislature and the Executive is as critical as our duty to respect that between the Judiciary and the Executive.” He referenced a line of cases where the Court, applying Chevron, had found that an agency did not have authority to take proposed action.

NOTE – IMLA Intervenor Brief: As referenced above, Paul Clement’s excellent brief for IMLA as intervenor was quoted in the Court’s opinion.  His arguments were paralleled by the Chief Justice’s but in this instance did not command a majority of the Court.

This article is reprinted with written permission from the International Municipal Lawyers Association.