On June 25, the U.S. Supreme Court issued its opinion in Shelby County v. Holder.   In the case, Shelby County, Alabama, alleged that the basis for applying the federal Voting Rights Act to certain states is unconstitutional. The Court agreed. It concluded that Section 4 of the Act is unconstitutional, but the holding also affects other portions of the law (including the requirement that any voting change be “precleared” by submitting it to the U.S. Department of Justice or a federal court for a determination that it is not discriminatory).

In response to the opinion, the U.S. Department of Justice has posted the following on its website:

With respect to administrative submissions under Section 5 of the Voting Rights Act, that were pending as of June 25, 2013, or received after that date, the Attorney General is providing a written response to jurisdictions that advises:

Section 5 preclearance
On June 25, 2013, the United States Supreme Court held that the coverage formula in Section 4(b) of the Voting Rights Act, 42 U.S.C. 1973b(b), as reauthorized by the Voting Rights Act Reauthorization and Amendments Act of 2006, is unconstitutional and can no longer be used as a basis for subjecting jurisdictions to preclearance under Section 5 of the Voting Rights Act, 42 U.S.C. 1973c. Shelby County v. Holder, 570U.S. ___, 2013 WL 3184629 (U.S. June 25, 2013) (No. 12-96). Accordingly, no determination will be made under Section 5 by the Attorney General on the specified change. Procedures for the Administration of Section 5 of the Voting Rights Act, 28 C.F.R. 51.35. We further note that this is not a determination on the merits and, therefore, should not be construed as a finding regarding whether the specified change complies with any federal voting rights law. 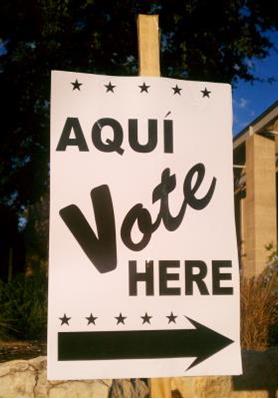 However, Section 3 of the Voting Rights Act allows a court to add a state or local government to the preclearance requirement if it is found to have enacted intentionally discriminatory voting measures.  Following the opinion in Shelby County, several civil rights groups have filed a motion in the ongoing voter identification and redistricting preclearance lawsuits that are pending in federal district court in Washington, D.C.  They are asking the court to use Section 3 to make the State of Texas judicially subject to the preclearance requirement.  That litigation will continue, and could affect the implementation of voter ID, which affects how cities will conduct their elections.  On the other hand, there doesn’t appear to be a request to make cities and other local governments subject to the judicial preclearance requirement for their voting changes.

The Texas Secretary of State’s office has issued a press release (http://www.sos.state.tx.us/about/newsreleases/2013/062513.shtml) stating that “Photo ID now required for voting in Texas”.  The Texas attorney general has also issued a statement that voter ID is effective now.

That being said, several elected officials have filed a lawsuit (separate from the preclearance litigation) claiming that voter ID is prohibited by Section 2 of the Voting Rights Act. Section 2, which wasn’t affected by the Shelby County opinion, prohibits voting practices or procedures that discriminate on the basis of race, color, or membership in a language minority group.  In any case, city officials – particularly those who conduct November elections – should re-familiarize themselves with the requirements of the voter ID requirements of S.B. 14 (2011) because it is effective until a court says otherwise.  The secretary of state’s office adopted rules and issued guidance in the form of an advisory memo on the law in 2011 after its passage.  That guidance is still good if the bill remains in effect.  The advisory memo is available at http://www.sos.state.tx.us/elections/laws/advisory2011-10.shtml.

The TML legal staff will continue to provide updates as the lawsuits progress.

LisTCAA is a Web-based communication system that is intended to facilitate the direct exchange of information between member attorneys. It should be used to ask questions, share information, and collaborate on municipal law issues. We encourage you and others to join this complimentary service and participate—whether you have a question, an answer, or just want to stay connected.